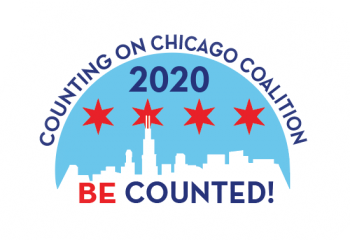 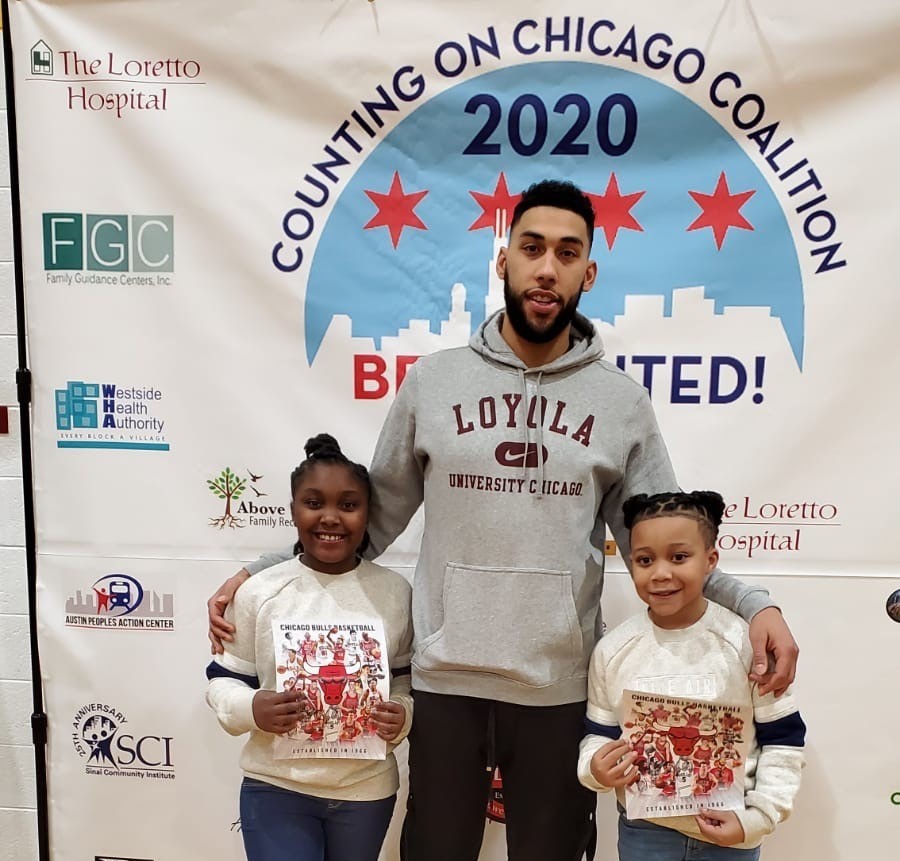 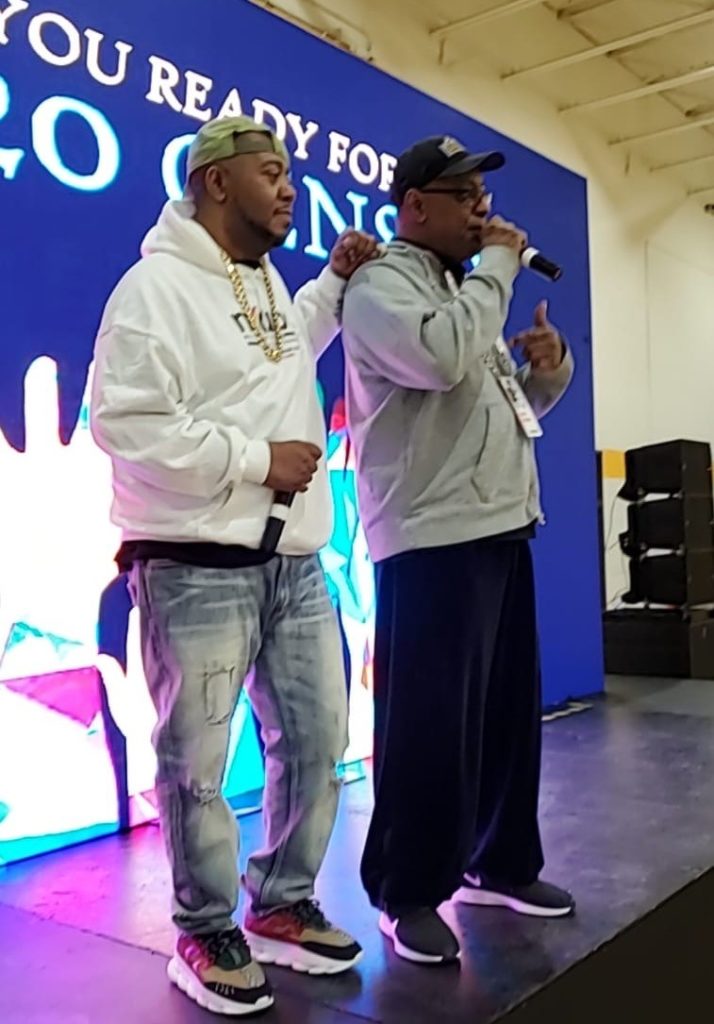 Counting on Chicago Coalition hosted a free Family NBA All-star Viewing Party and Census Jump Off event in February.  More than 200 sports fans turned out for the fun-filled afternoon at Collins High School on the city’s West Side.  Counting on Chicago (COC) Coalition, Illinois Census Regional Intermediary, is comprised of 18 social service agencies, whose goal is to promote the census and educate marginalized groups about the importance of participating in the census and being counted.

The event started with a short program that included welcome remarks by census officials , followed by time to play games, take photos and learn about the census which determines how much funding local communities receive from the federal government.  A variety of activities were offered–a shooting contest, basketball skills clinic and raffle prize drawings.  The Jesse White Tumblers showed off their jaw-dropping acrobatic skills.  Chicago’s very own Crucial Conflict and Do-or-Die performed as well.  Attendees had the opportunity to meet and greet rapper Twista, and special NBA guests and former Chicago Bulls players Bob Love, Cliff Levingston, Craig Hodges and Mickey Johnson; Chandler

Counting on Chicago is an unprecedented group of 18 human service organizations that have joined forces to leverage their deep channels and connections to hard-to-reach populations to make sure they are counted in the upcoming federal census.  Working under a $2.3 million grant awarded by the State of Illinois’ 2020 Census Grant program, the coalition’s purpose is to make sure that traditionally under-represented and undercounted populations in Chicago are represented appropriately in the upcoming 2020 federal census. The grant represents the largest effort in the history of the U.S. Census to reach the traditionally hard-to-count population in Chicago.